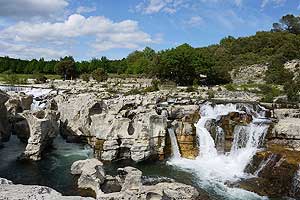 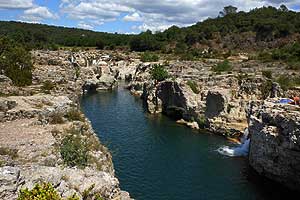 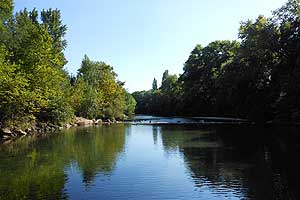 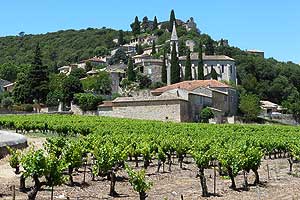 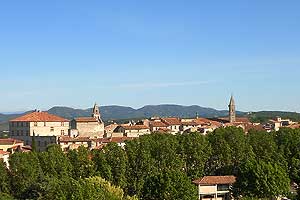 From its source in the mountains of the Cevennes, the Cèze route 128 km in the northern department of Gard flows into the Rhône in Bagnols-sur-Ceze. Cèze is similar to the river Ardèche, it follows a parallel path. Cèze track meanders through a landscape of Mediterranean scrub: the narrow gorges between high limestone cliffs, or more broadly through pleasant valleys. Some beautiful villages sow his routes: Montclus the medieval village, Goudargues the "Venice of the Gard", the Roque-sur-Ceze also listed village and the Cascades Sautadet.