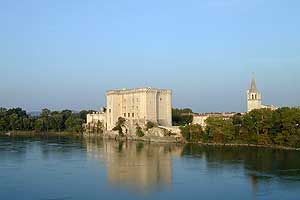 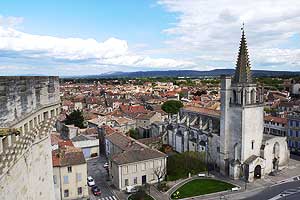 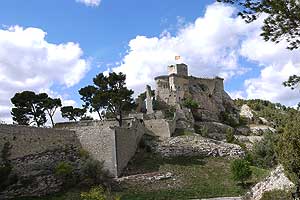 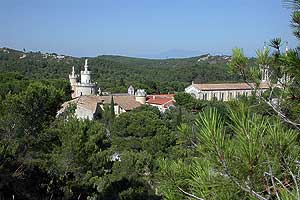 Tarascon and Beaucaire are in the lower valley of the Rhone between Arles and Avignon. The two cities of similar size (about 15,000 inhabitants) face each other on opposite banks of the River. Tarascon is located in the Bouches du Rhone in Provence-Alpes-Cote d'Azur, Beaucaire is located in the department of Gard in the Languedoc-Roussillon. The Chateau de Tarascon (also known as Castle of King René) is beautifully preserved, it is a work of the military end of the Middle Ages built by the Counts of Provence, the impressive aspect overlooking the Rhône from the top (45 m) its walls and control access to the city near the bridge connecting Tarascon and Beaucaire. Beaucaire was developed around a hill on which still stands the walls of a medieval fortress. Beaucaire is classified "Ville d'Art et d'Histoire", the center is home to many historic mansions of the 17th and 18th century. the Beaucaire's Fair was one of the largest in the region and even Europe, giving the city an international reputation that has dwindled in the 19th century with the advent of railways and means of modern transportation. In the extreme north of the Camargue, Tarascon and Beaucaire have a real culture of bull, they organize famous "abrivado" (bull runs). 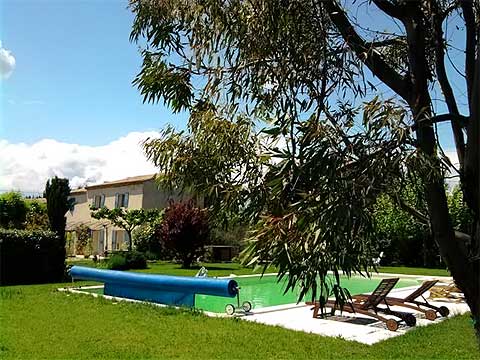