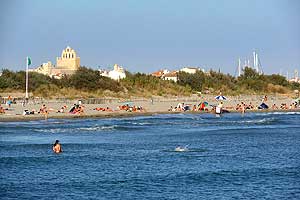 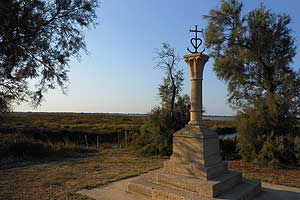 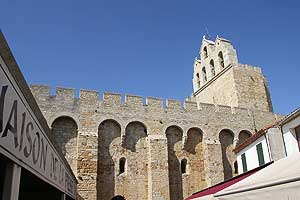 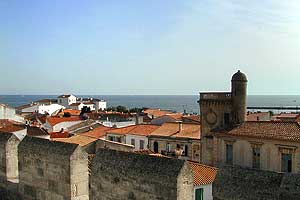 Les Saintes Maries de la Mer is a small coastal town of the Camargue, 35 km south of Arles in the Bouches du Rhone departement. It is a resort with a population more than tenfold during the tourist season. The origin of the town of Saintes Maries de la Mer goes back far into antiquity, Roman chronicles already mentioned a school there. The fortified church dates from the 11th and 12th centuries. The legend says that after their departure from Palestine, the Holy Mary Magdalene, Mary Jacobe and Mary Salome would have landed on the beach cete place. Saint Sarah accompanied their servant. Saint Sarah, the "Black Madonna" is revered by the Gypsies who come from all over Europe in the spring pilgrimage on 24-25 May Les Saintes Maries de la Mer is a Mecca of the Camargue race taking place in the arena with the bulls in the herds high in the area. 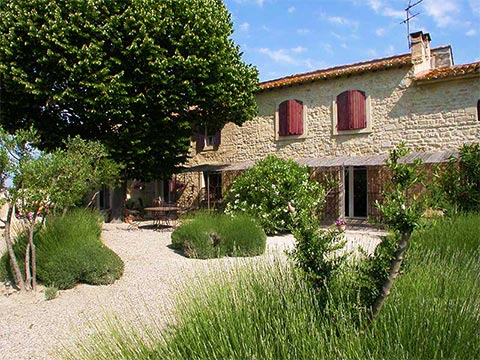