Bed and breakfast in Uzčs 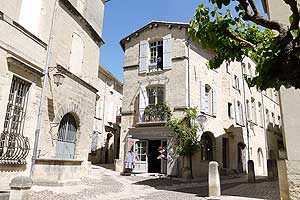 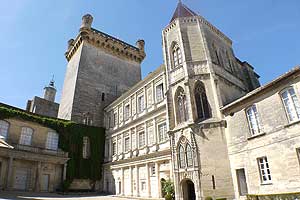 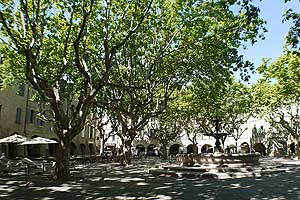 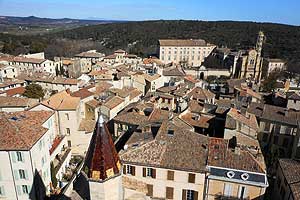 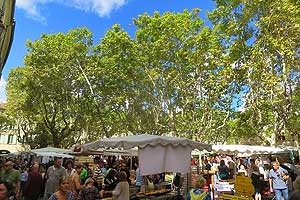 Uzes is a small town (about 8000 inhabitants) of the Gard department. André Malraux, writer and culture minister initiated its renovation in the 60s. The architectural heritage of the city to his being classified as "City of Art and History". The old town with cobbled streets has kept its medieval atmosphere, the facades of houses in the 16th and 17th century are particularly beautiful and harmonious. Uzès is the "first Duchy of France", an honorary title carried by the Dukes of Uzès since 1632. The Duchy is a wonderful castle (open to the public) in the heart of Uzès still inhabited by the family manor. The elegant tower Fenestrelle overlooking the Cathedral of St. Theodore.
Uzès market takes place on Saturday morning is one of the finest in the region, it stands on the Place aux Herbes and the surrounding streets in the heart of the city. The Uzège is the name of the surrounding area, the landscape is typically Mediterranean scrubland. They grow olives and grapes there is a appellation "Wine of the Duchy of Uzès".

Find a Guest house and a Holiday rental near Uzès

A gipsy caravan and three guest rooms in a beautifully renovated house near the village of Saint-Maximin between Uzčs and Pont-du-Gard. Swimming pool and large wooded park. • Nearby: Uzčs, Pont du Gard, Gorges du Gardon, Nîmes