Bed and breakfast in Ménerbes

Visit Ménerbes in the Luberon 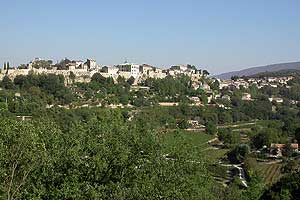 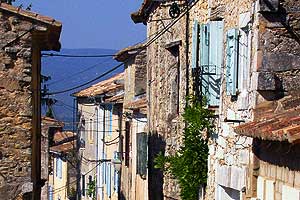 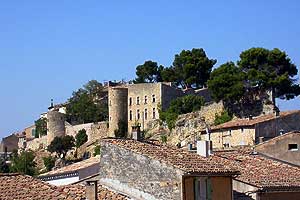 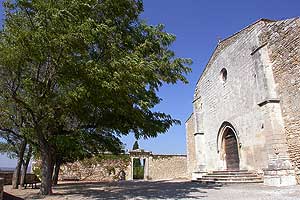 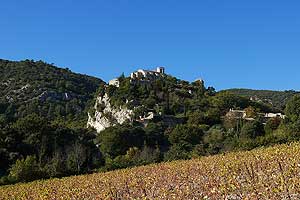 Ménerbes is one of the most famous villages of the Luberon. It is located on a promontory overlooking the valley at the foot of Calavon northern flank of the massif of the Luberon. The picturesque village and form he gained a deserved place in the official list of the most beautiful villages in France. What to see in Ménerbes, an original "Corkscrew Museum," the Church of St. Luke the 14th century, the Chapel of St. Blaise from the 18th century, and a few kilometers from the village, the abbey of Saint-Hilaire. Ménerbes is between the villages Oppède and Lacoste, and close to Gordes. Horizon Provence devotes a visit to Ménerbes. 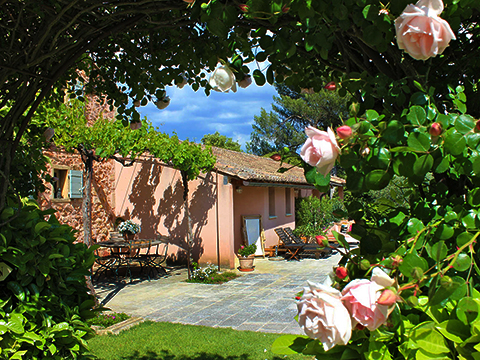 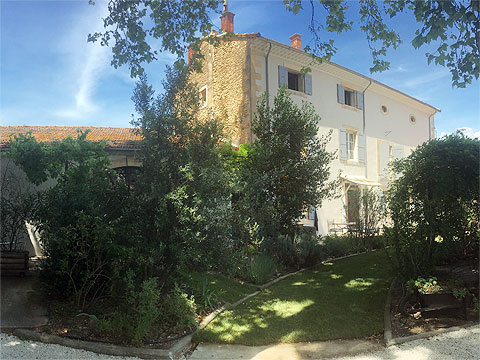 Five charming and refined guest rooms and one Holiday rental in an 18th « Magnanerie », in Robion, a village at the foot of the Luberon. heated Swimming pool, Garden. • Nearby: Ménerbes, Gordes, Isle sur la Sorgue, Luberon 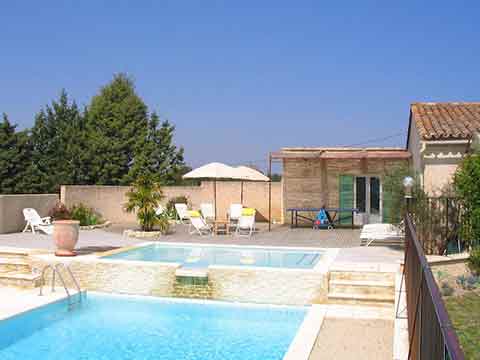 An old renovated sheepfold that can accommodate up to 13 people (5 rooms), for a prolonged stay at the foot of the Luberon, in Les Taillades near Cavaillon. Panoramic view of the Luberon and the Alpilles. Garden, Swimming pool • Nearby: Cavaillon, Luberon, Ménerbes, Gordes 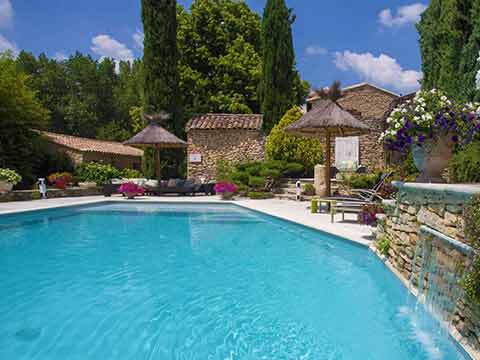 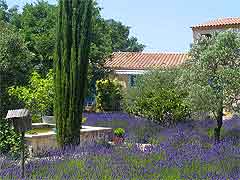 Five charming guest rooms in Lacoste in the Luberon, not far from the old castle of the Marquis de Sade. Large garden planted with lavender and Mediterranean essences. • Nearby: Bonnieux, Roussillon, Ménerbes, Luberon 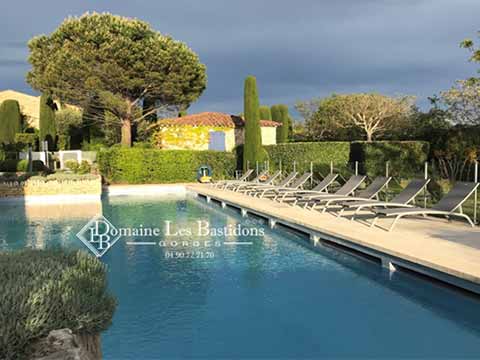 Holiday rentals for 4 people in a 3ha estate on the outskirts of the village of Gordes. Panoramic view of the Luberon, large swimming pool. • Nearby: Gordes, Roussillon, Ménerbes, Luberon 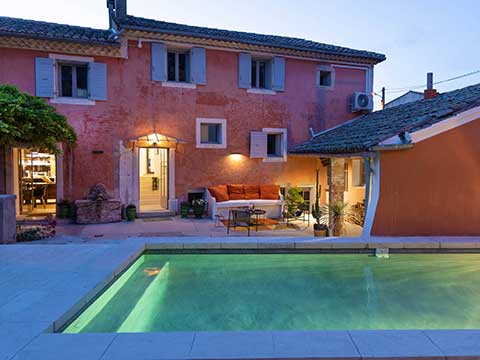 Two superb rooms with a contemporary and soothing decoration, in a beautiful Provencal building, a former school in the heart of the village of Robion, a picturesque village at the foot of the Luberon. Swimming pool, dinner. • Nearby: Ménerbes, Luberon, Gordes, Isle-sur-la -Sorgue 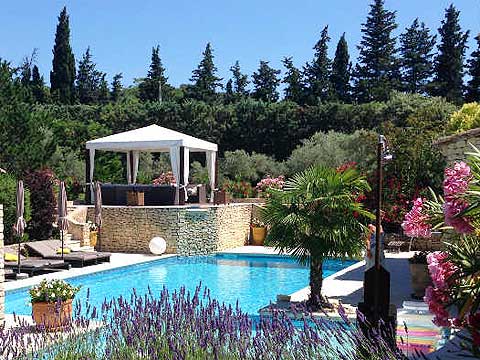 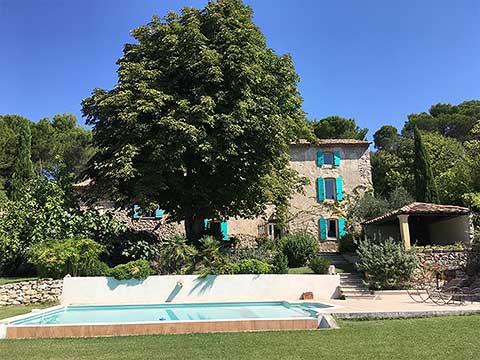 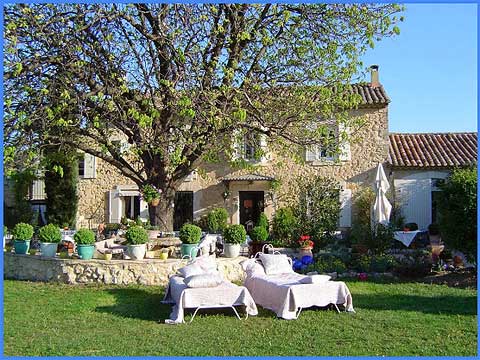 Four beautiful and luminous guest rooms, a very comfortable suite in a former magnaneraie in Lagnes, and an unusual stay in a gypsy caravan, at the gateway to the Luberon and the Pays des Sorgues. Dinner, large garden, swimming pool. • Nearby: Luberon, Isle sur la Sorgue, Gordes, Ménerbes 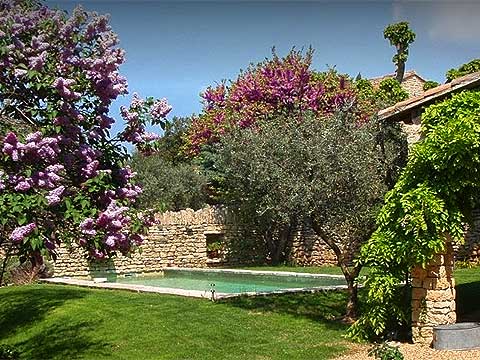 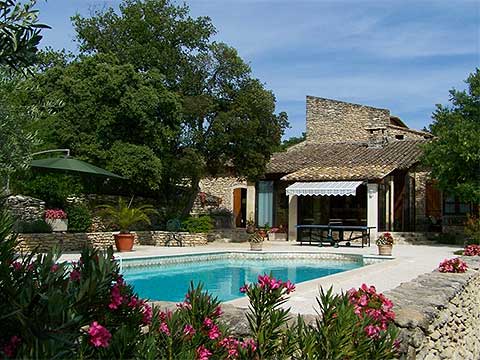 Two guest rooms in a Provençal mas in the heart of an olive orchard, near Gordes in the Provençal countryside. Swimming pool. • Nearby: Gordes, Luberon, Roussillon, Ménerbes