Bed and Breakfast and Holiday rentals offer accommodation adapted to the sanitary rules and social distancing. Contact the owners directly to get the best rate!
Provence ⇒  Alpes Maritimes ⇒

Visit Nice on the French Riviera

Nice is the capital of the Alpes Maritimes, and the capital of the Riviera. With 350 000 inhabitants for the city alone and nearly one million for the urban community, Nice is the second largest city in the Provence-Alpes-Cote d'Azur. In Nice was "invented" the modern tourism, the Promenade des Anglais is the witness and symbol of this. La Promenade des Anglais, known locally as "the Prom '," along the sea and beaches, it is bordered by the world famous luxury palaces like Hotel Negresco Hotel West End, the Hotel Palais de la Mediterranee, the Westminster Hotel. Old Nice is home to beautiful monuments and mansions. The most important festive events are the Nice Carnival, which takes place in Feb. and the renowned Nice Jazz Festival, whose first edition took place in 1948. The Matisse Museum, housed in a 17th century Genoese house has a unique collection of the famous painter. A Museum of Modern Art and Contemporary Art was inaugurated in 1990.

Four guest rooms in a charming villa in the hills of Vallauris and Golfe Juan. From the terrace, stunning views over the Mediterranean Sea, Nice and the Alps. Pool. • Nearby: Vallauris, Cannes, Côte d'Azur, Nice 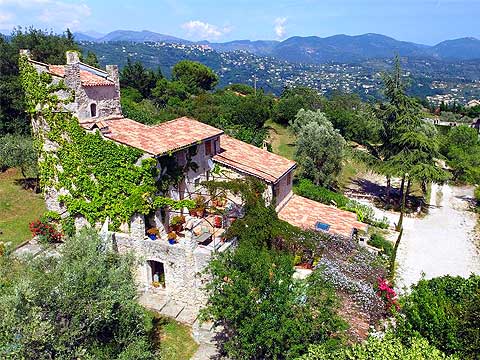 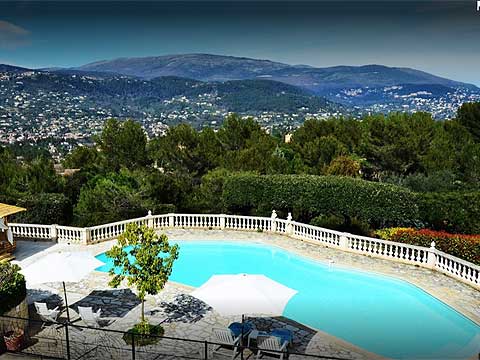 Two guest rooms including a family suite in a Provencal house offering a superb panorama on the wooded hills of Grasse. Pool, wooded park. • Nearby: Côte d'Azur, Grasse, Cannes, Nice